Most of my readers know that my husband Chris is a firefighter and a paramedic.  He recently got a promotion for which he earned the title of CSI.  And you have to know how hard it is for me to say "CSI" and not get lost in a daydream about Erik Delko from CSI:Miami but I’ve got a blog to write, people.  No time for daydreams here.

So anyway, back to my other man, Chris. 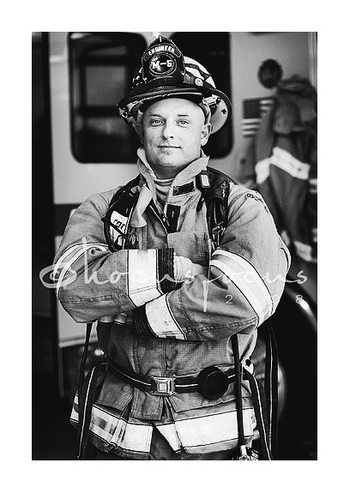 He’s now a Coroner Scene Investigator.  He’s not a police officer.  He works with the coroner’s office from a medical standpoint to determine the cause of any death that occurs in Lawrence that doesn’t happen in a hospital or other medical facility.  And my crazy,  twisted husband is just loving it.  He’s been bringing home the most disgusting (yet utterly fascinating) books about death.  You know, things you don’t want to see but can’t stop looking at?  Yep, I’m one of those people.  Last week he spent the day at the morgue in Topeka to sit in on a few autopsies and this week he’s attending what they call "Death School" at St. Louis University.   He called me during lunch yesterday to say they were eating and watching an autopsy video.  At the same time, people.

I’ve got a strong stomach, but he’s told me all about the autopsy process and it’s definitely not something I want to watch while I’m enjoying my soup and salad.  All I can say is that he’s one helluva man.  Thank God for people like him who do what they do because I’m certainly not the man (or woman) for that job.  I’ll just stick to photography.  Of people who are alive, thank you very much.

I miss you, honey!  See you next week!