I’ve had so much fun shooting for the covers of Her Life Magazine, but this one takes the cake!  One of my first shoots after returning to work was for the April cover of the magazine.  I got to shoot THE Jenny Matthews from Mix 93.

Jenny is just as sweet as she is gorgeous.  She’s incredibly fun to be with and up for anything.  She braved the chilly weather in amazing clothes from the infamous Molly’s Jayne’s.  (And y’all know how much I love shooting the clothes from Molly Jayne’s.)

We started at the studio, crashing in on Michelle while she was on the air.  (She was so sweet to let all  SEVEN of us barge in on her!  Thanks, Michelle!) 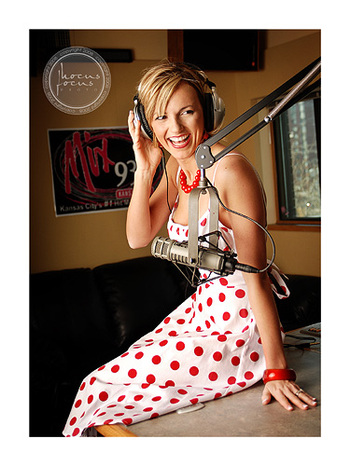 After the studio we headed out for some fun, urban shots.  Let me just tell you guys, Jenny is fearless!  And sooooooooo easy to photograph.  Can I seriously call what I do a job?  I loved this old school desk.  The second I saw it sitting by the dumpster I knew we just had to use it.  (You should have seen my hands after wiping it off.  And would you believe that Jenny, the only non-mom there, was the only one with wet wipes in her purse?  Thank God.  My hands were COMPLETELY BLACK!) 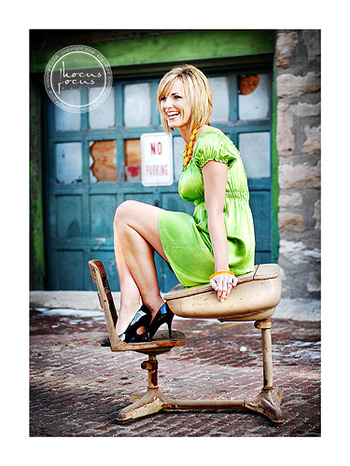 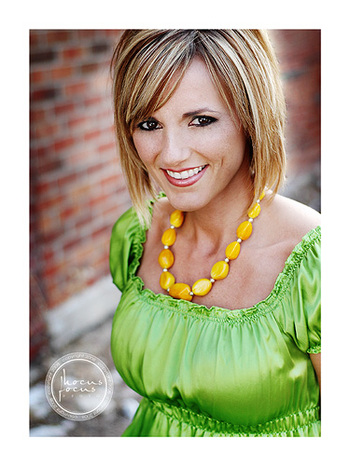 This is one of my favorites…told ya she was fearless! 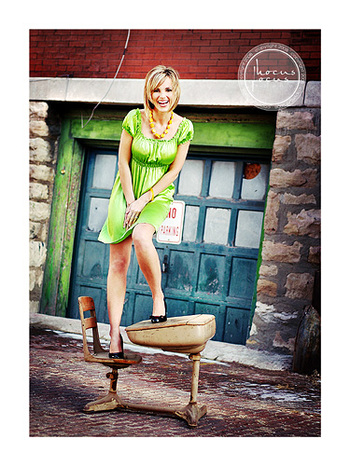 And you know I couldn’t resist busting out the zebra! 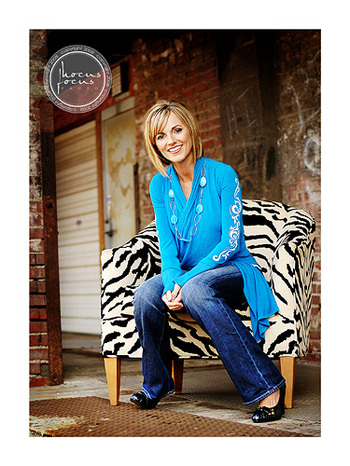 We gave Jenny my iPod so she could rock out for a few shots.  She listened to everything from Hey Mickey to Hip Hop Hooray.  Although it was a little tough to give her direction while she was jammin’.  I just had to TALK. REALLY. LOUD. And use hand signals.  *wink*wink* 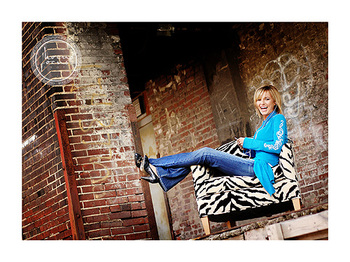 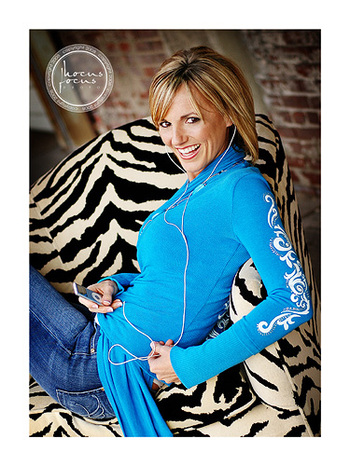 After the zebra chair we headed out to our last location for one more wardrobe change.  The sun was starting to set and the air was getting a bit chilly, but Jenny never complained.  She did everything we asked of her and looked amazing!  At one point I was giving her some direction (not that she even needed it) and I said something about being sexy when Jenny said, "Sure, Heather, I’ll be suh-suh-suh-sexy!"  Poor thing was shivering, but you’d never know by looking at these. 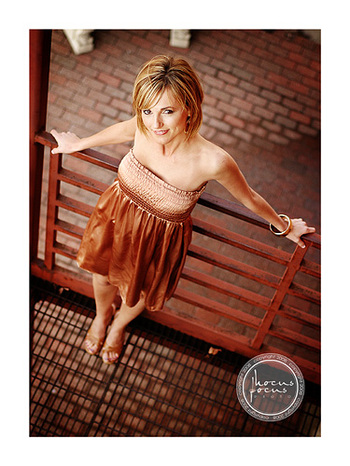 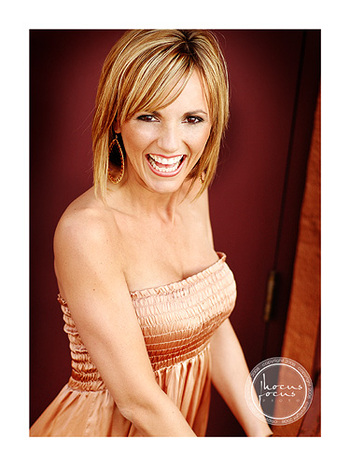 Listen to Jenny Matthews on Mix 93 weekdays from 10am-3pm and watch for her on the cover of Her Life Magazine in April.

Thanks, Jenny, for an incredible afternoon!  It’s definitely one I won’t soon forget!