Today was the day that Misty and I went to Lawrence to shoot the fire department training session.  The event was called Fire Ops 101.  The firefighter’s union brought out folks from the city commission, a 6 News Lawrence anchor, a Lawrence radio DJ and other various city officials.  They geared them up and guided them through four different scenarios as firefighters.  They got to use the Jaws of Life to tear up a car and extricate a fake victim and they even went into a burning building (totally controlled, but hey – fire is fire).

Take note of the truck on the left in this shot.  It has a roof. 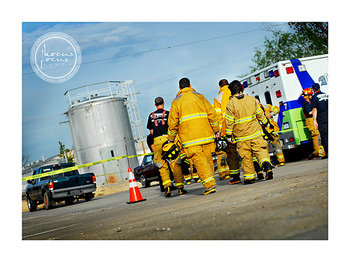 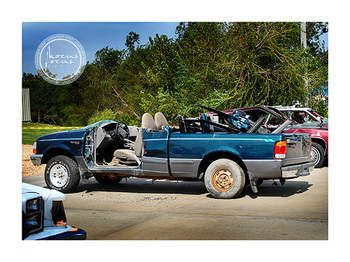 Here’s a crew going in to the burn building. 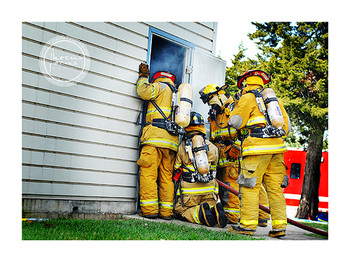 And the safety team at the other end of the building making sure all is well. 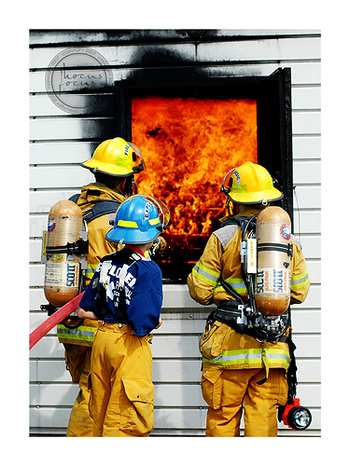 It was so cool to see these folks strap on all that gear and get to it.  They were all so tough!
And how unbelievably cool is the thank you gift Misty and I received from the union?!?  It’s something I bet nobody else has.  CHECK IT OUT!  A KICK ASS FIRE HELMET!  Instead of Firefighter or Lieutenant or Captain ours say Photographer.  They even had our names put on them.  WAY COOL! 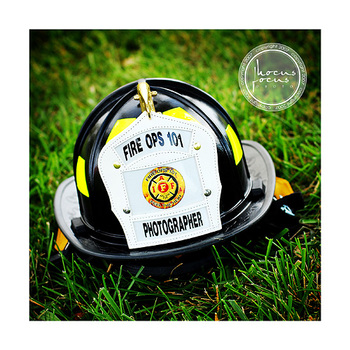 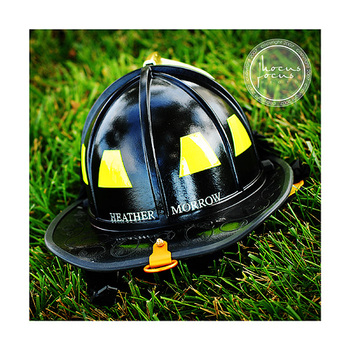 More photos from the event to come, but right now I’ve got a maternity session to edit.  Many thanks to Eddie, Brandon and the rest of the firefighters for having us today.  We had such a great time.

But before I get to editing that maternity session I’m off to rub it in that MY HELMET IS COOLER THAN MY HUSBAND’S!  WOO! HOO!  ROCK ON, BABY!